London, UK, 25 February 2019 - As the countdown continues for the launch of MSC Bellissima in Southampton on March 2nd, the cruise line has revealed final details of the star-studded line-up for what promises to be a truly beautiful event. World-famous tenor Andrea Bocelli will perform alongside Matteo Bocelli, a young talent with an incredible voice. Father and son will perform their best-selling duet "Fall on Me" from Andrea’s new album Sì. Andrea Bocelli will then sing during the traditional Officers’ Parade – an emotional and traditional moment that pays homage to the crew from the ship and recognises their service and dedication.

Other performances during the evening will come from Cirque du Soleil at Sea and Rock and Roll Hall of Fame inductee and three-time Grammy Award-winner Nile Rodgers and his band Chic. Hosting the evening’s proceedings as the Master of Ceremonies will be the English TV presenter and star of ITV, Holly Willoughby. Academy Award-winning actress and MSC Cruises’ beautiful godmother - Sophia Loren will perform the traditional ribbon-cutting and officially name the spectacular vessel, MSC Bellissima.
Andrea Bocelli and his family have a long-standing relationship with MSC Cruises dating back over 10 years. In 2008 he performed at the christening of MSC Poesia in Dover, UK, and in 2017 he performed at the Naming Ceremony of MSC Seaside in Miami, USA. Matteo Bocelli performed last year during the Officers’ Parade in Trieste at the launch of MSC Seaview.
MSC Cruises supports the Andrea Bocelli Foundation through guest donations on board MSC Seaside. The funds raised support ABF’s valuable work in Haiti, one of the poorest countries in the world currently facing exceptional challenges.
Every dollar donated on board by a guest will go directly to the Foundation to make a real difference, in particular MSC Cruises is likewise supporting the crucial work of ABF's Mobile Clinic project, which delivers a free health care assistance and prevention programme that benefits 8,000 people per year in the 5 poorest and most remote areas of the country. The medical staff provide comprehensive support, ranging from medical care, immunization for children, monitoring for malnutrition and screening for the most common systemic diseases, to health education and family consultations.
MSC Bellissima is the second ship in the innovative Meraviglia class and the fourth of MSC Cruises next-generation ships to come into service in just over 18 months. MSC Bellissima will spend her inaugural season offering 7-night cruises to some of the region’s most popular ports before moving to the Emirates for Winter 2019/2020. With a maximum capacity of 5,686 guests and gross tonnage of 171,598, MSC Bellissima will be the biggest ship to be named in Southampton and will certainly live up to her name meaning “most beautiful” by offering guests a beautiful and memorable cruise experience.
For more information about MSC Bellissima visit www.msccruises.com.
Visit www.mscpressarea.com for further media information. 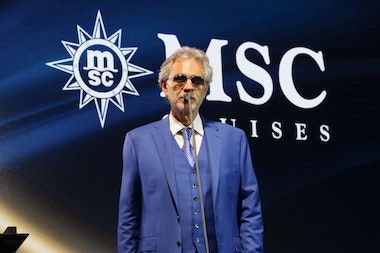