The innovative Japanese-American chef will bring his unique fusion of cooking traditions to MSC Cruises, initially on board the Company’s next-generation ship, MSC Seaside due to be launched in December 2017 and sail year-round from Miami to the Caribbean. This latest announcement further demonstrates MSC Cruises’ ongoing commitment to international fine dining and adds to the existing partnerships with renowned, award-winning chefs Carlo Cracco, Jean-Philippe Maury and Jereme Leung.

Gianni Onorato, MSC Cruises Chief Executive Officer, commented: “Our heritage lies in the Mediterranean, where a passion for food is a way of life. We aim to bring this alive every day for our guests with fresh, authentic food of the highest quality. The enjoyment of good food plays an integral role on holiday and enables our guests to discover new cultures and tastes whilst cruising on one of our beautiful ships. The dining experience on an MSC Cruises ship is distinguished by the extensive variety of Mediterranean and international cuisines and wide range of dining formats available. The four top chefs whom we currently work with were selected as leading global experts in their respective cuisines and each one brings world-class fine dining expertise, elevating the dining experience for our guests to a new level.”

Mr Onorato, concluded: “We provide a wide range of speciality restaurants to give our guests a varied choice during their cruise. We are developing exciting new dining options on board MSC Seaside, with nine eateries featuring cuisines from all around the world including a pan-Asian restaurant in partnership with Roy Yamaguchi, a luxury fish restaurant with chef’s table and a world class international steak house where the beef will be dry aged on board.”

Chef Yamaguchi will have a dedicated specialty restaurant on board MSC Seaside and will be  personally involved in conceptualising and designing every element of the new pan-Asian restaurant. This includes everything from creating the recipes and menus, to selecting chinaware to enhance the dishes. He will be involved in selecting the music to create the right ambience, choose the wine pairings to complement the food and will even choose the paper for the menus.

An international culinary visionary and the creator of Hawaiian fusion cuisine, Yamaguchi intertwines his Japanese heritage with love for the freshest ingredients. He is the founder of 30 Roy’s Restaurants, including 28 in the United States and one in Guam. His numerous accolades include the prestigious James Beard Award. Yamaguchi has also hosted six seasons of the television show "Hawaii Cooks with Roy Yamaguchi," seen in more than 60 countries. He has also published four culinary cookbooks.

Other Current cWith Internationally Acclaimed Chefs
Two-star Michelin chef Carlo Cracco is a leader in the new generation of progressive Italian cuisine. He began his professional career in 1986 at “Gualtiero Marchesi”, in Milan, the first Italian restaurant awarded Michelin stars. His eponymous Ristorante Cracco has been listed in the World’s 50 Best Restaurants.

MSC Cruises first began collaborating with Chef Cracco in 2013. The relationship has grown since then and he now designs special Christmas and New Year menus every year. He has even created an exclusive recipe for the Gala Menu, starting from summer 2016. MSC Cruises is also collaborating with Chef Cracco to design a new cooking experience for the MSC Cruises DOREMI kids clubs, available from summer 2016.

French chocolatier and pastry chef Jean-Philippe Maury was crowned the Best Pastry Chef in France (Meilleur Ouvrier de France 1997) and was a gold medal winner at the World Pastry Team Championship (2002 and 2004).
Maury held the position of Executive Pastry Chef at The Bellagio Hotel Las Vegas in 1998 and then Aria Hotel in 2009. Today he manages his two shops “Jean-Philippe Patisserie” in partnership with MGM Resorts International, one of which houses the world’s tallest and largest chocolate fountain. Last summer, he opened an innovative dessert concept in San Diego, called iDessert.


Chef Maury will be tempting guests with his sweet creations, initially on MSC Divina currently based year-round in the Caribbean. This will then extend to the rest of the fleet, with new dessert offerings for the ship’s buffet, specialty restaurants and the MSC Yacht Club.
Chef Maury will have a high-profile presence on the next-generation Meraviglia ships, where guests will be able to enjoy a chocolate atelier with an open kitchen as well as sample Maury’s specialty pastry and bakery menus. Maury will also work with MSC Cruises to create a gourmet ice cream parlour and crèperie in the impressive indoor promenade on Meraviglia ships.

Acclaimed Chinese chef Jereme Leung is globally recognised for his contemporary interpretation of Chinese cuisine. With a modern approach to presentation, he has long caught the attention of top international restaurant critics. Taking inspiration from traditional recipes by working together with Masters of Shanghai and Beijing's classic regional cuisine, Leung’s dishes remain true to time-honoured Chinese cooking techniques whilst pushing boundaries in terms of style and presentation.
Starting his cooking career at the age of 13 in Hong Kong, Chef Leung is an expert in all four schools of Chinese cooking - dim sum, barbecue, wok cooking and knife work – he later on honed his craft at some of southeast Asia’s best hotels.
Chef Leung will bring his contemporary Chinese cuisine to MSC Lirica, the first MSC Cruises ship deployed out of China in May 2016. Chef Leung is collaborating with MSC Cruises to design new and innovative dining concepts tailored to the tastes of Chinese guests, as well as an exclusive range of signature dishes. He is also enhancing the existing menus with his creative and distinctive flair.
The chef and other culinary partnerships are part of a broader strategy from MSC Cruises to collaborate with world-class experts who reflect the Company’s focus on excellence. Other examples of partnerships include the recently launched Wellness Experience powered by Technogym that sees the world’s leading fitness company working together with MSC Cruises to devise a personalised programme that enables guests to combine discovery and culture with their personal wellness goals.  World leader in artistic entertainment, Cirque du Soleil has partnered with MSC Cruises to create eight brand new shows performed in a custom-built, technology-packed, entertainment and dining venue on board all four MSC Meraviglia class ships. Strategic tech partner Samsung, is working with MSC Cruises to set the new standard in smart ships, beginning with MSC Meraviglia and MSC Seasisde ships and then rolling out to the whole fleet.

MSC Seaside is currently on sale. A seven-night cruise departing from Miami on January 6, 2018 and calling at Charlotte Amalie, USVI; Nassau, Bahamas; Ocean Cay MSC Marine Reserve, Bahamas and back to Miami costs from £1,069 per person including return flights and transfers (based on two people sharing). 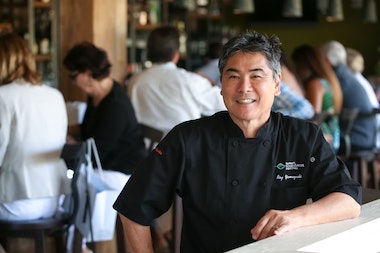 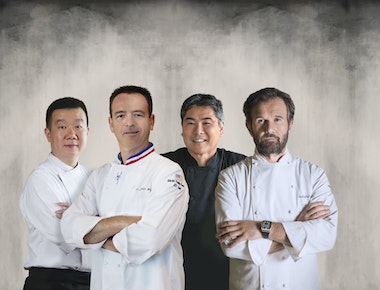