MSC CRUISES’ 2019 WORLD CRUISE: FEATURING AN ALL-STAR LINE-UP OF NINE INTERNATIONAL CHEFS FOR AN ONE-OF-A-KIND GOURMET DINING EXPERIENCE WHILE ON BOARD

MSC Cruises, the Swiss-based world’s largest privately-owned cruise company and market leader in Europe, South America and the Gulf, revealed today that its upcoming 2019 World Cruise will feature an all-star cast of uniquely international chefs sure to make for an one-of-a-kind gourmet dining experience while on board. This includes current as well as former three-, two- and one-star Michelin chefs, chefs of the year, award-winning cookbook authors as well as recipients of other international culinary recognitions. 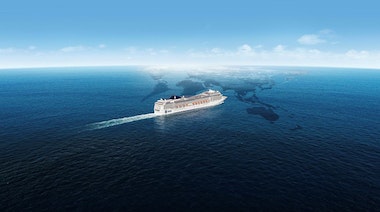