London, April 21 2017: Today MSC Cruises, the world’s largest privately-owned cruise line, released new research into the UK’s holiday habits. Research shows that Brits are serious about their home comforts with over half admitting to packing their favourite items of food and drink when travelling abroad, and almost a quarter stating they wouldn’t go on holiday at all if their favourite items weren’t available.

Tea came out as the most likely item to pack in your suitcase with over a third admitting they won’t travel without their favourite blend, closely followed by coffee and cereal. Whilst the research, conducted on 2,300 UK adults clearly showed that there are certain things Brits need to feel comfortable when travelling, it also uncovered that they aren’t afraid of trying new things with almost half stating that the thing they look forward to most about going on holiday is trying new and different food, with a further 35% stating they love to embrace different cultures.

MSC Cruises are taking this feedback seriously and have announced that their ship MSC Magnifica, which will be deployed from Southampton next year for the summer season, will give guests the ‘best of both worlds’ by making some enhancements to the cruise product to cater to the needs of British and Irish guests.

Antonio Paradiso, MD of MSC Cruises for the UK & Ireland said “At MSC Cruises we are renowned for our European glamour and style, but we also understand how important home comforts are for our guests. This is why we have worked to enhance our product specifically for the British market on board MSC Magnifica, and have added some special touches such as kettles in cabins through to making roast dinners, pies and pastries available in the buffet. We know that for many guests a holiday is about experiencing different cultures and tastes which is why all of our existing offering will remain, but we understand the importance of adapting to the needs of our guests and as a family owned company we not only have the flexibility to do this but also want to make our guests feel at home on board our ships.

“Our guests are at the heart of everything we do, and we have taken their feedback into consideration when defining the enhancements of our onboard offering. Whilst we have already decided on many of the additions, we are yet to select the brand of tea we serve on board, and in honour of National Tea day, we are opening the voting to allow the British public to select the brand of tea that will be available in all the cabins as well as the nine onboard bars and restaurants.”

The British public will be invited to choose the brand of English Breakfast Tea that will be enjoyed on board, selecting from some of the nation’s favourite brands; PG Tips, Tetley, Twining’s and Yorkshire Tea. To cast a vote visit the MSC Cruises UK Facebook or Twitter page with the selected brand to be announced later this year.

The enhancements to the onboard product extend beyond food and drink, with MSC Cruises adding a British twist to the entertainment. The MSC favourites such as Starwalker, a tribute to Michael Jackson and the famous Neon White Party will remain but the addition of a British Comedian and Cruise Director will be made, alongside access to British TV channels in cabins as well as Premiere League and rugby games screened live in the sports bar.

MSC Magnifica will sail from Southampton to the Mediterranean and Northern Europe on 22 dates from April to October 2018. Further information and a virtual 360 degree tour of the ship can be viewed at www.msccruises.co.uk

Further enhancements to the product which can be found on board MSC Magnifica during the 2018 summer season include:

• Tea, coffee and kettles in cabins

• Roast dinner served in the buffet

• Tea and scones alongside pies and pasties available in the afternoon

• Curry corner in the buffet

• British newspapers available to view on board

All figures, unless otherwise stated are from research conducted by Censuswide. Total sample size was 2,364 adults. Fieldwork was undertaken 29.03.17 – 03.04.17.

To vote in the poll visit the MSC Cruises Facebook Page at www.facebook.com/MSC.Cruises.UK or Twitter page at www.twitter.com/MSC_Cruises_UK

In 2016, MSC Cruises welcomed 1.8 million guests on board it’s ships from 170 countries, and in 2016 announced an investment plan which will see the Swiss based company build 11 new ships at a cost of 9 billion euros. By 2026, the Company expects to welcome over 5 million guests a year. 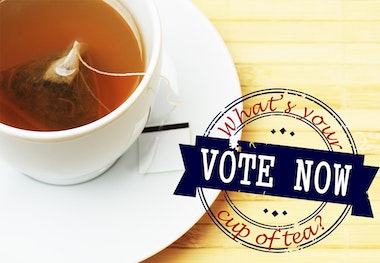